It’s the never ending loop of changes with Facebook right?! But I’m really excited about this new feature. It’s all about link 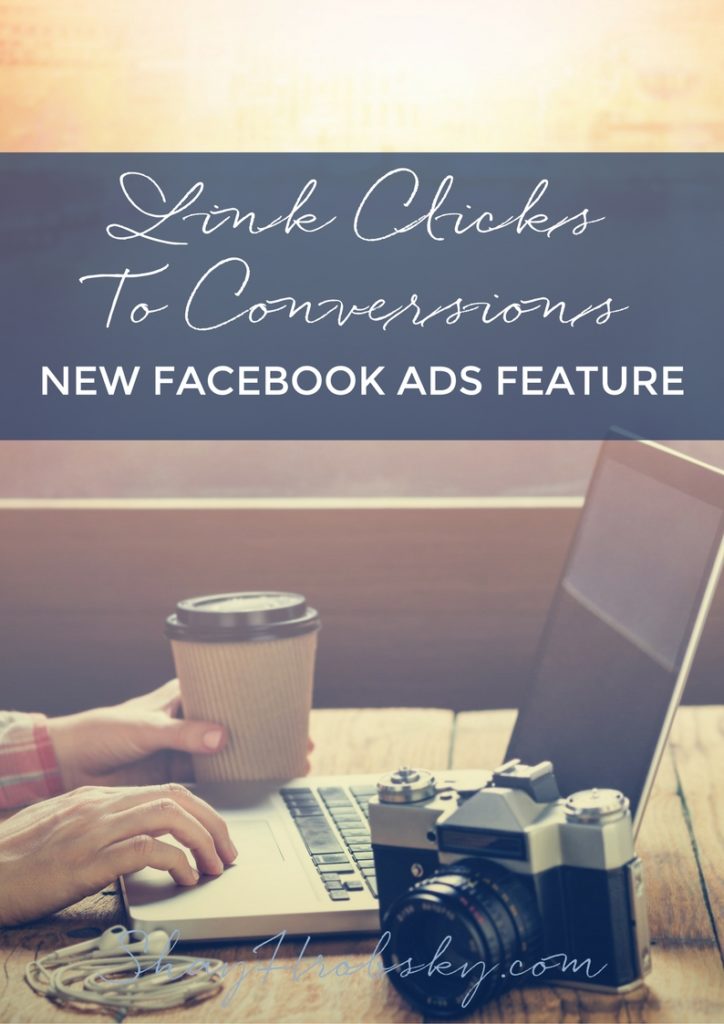 clicks to conversions and how that will help you create more conversions.

So last year in a training, they taught that unless you get great conversions right out of the gate, you should start with link clicks and then switch to conversions once you’ve seen more results.

This makes sense because you’re getting more eyes on your ad and more clicks to the landing page or wherever you’re sending them. HOWEVER, and this is a big one, most of the time once you switched over to conversions, the cost per conversion would normally increase.

This new feature that Facebook is rolling out to accounts right now, will help you get the best of both worlds without having to switch it over and potentially lose those conversions.

One thing Facebook did mention is that if you’re already satisfied with your numbers, you don’t need to use this feature.

This is if you’re wanting to improve your cost per conversion and so that Facebook can get enough data around people who are most likely to convert.

Let’s dive into this new feature and learn about how this is beneficial to you.

Why is choosing link clicks to conversions beneficial to you?

It allows Facebook’s algorithm time to do more research and get more data around the people who are most likely to convert for your offers.

Normally it takes around 15 – 25 conversions for Facebook to get information on who is converting with your ads. They’re using this feature to do this faster and a bit better for you and your offers that you’re sharing through paid advertising.

With that said, if your adset isn’t getting at least that many, Facebook won’t be able to optimize your ads and then that’s when ads stop delivering and conversion costs go up. Hopefully that makes sense?

Why Does This Even Matter?

When you can use link clicks at the beginning, it’s allowing more people to see your offer and funnel in.  Because link clicks are way more common than conversions, Facebook is able to use this data to help narrow down the audience they search to show your ads to.

I think this is why a LOT of people stop their ads BEFORE they start getting results. They leave it on for a couple of days and they think that their ads aren’t performing. However, if you haven’t had 15 – 25 conversions, Facebook is still trying to optimize the ad and find the right people to show your ad too. More delivery improves your ad set's chances of being shown to more people likely to convert. And that helps improve estimates about who else in your target audience is most likely to convert.

According to Facebook, this is definitely worth it, especially if your ad would get super bad delivery without starting it with link clicks. You’d never get the data that you need to find your ideal clients. Ideally, you’ll be spending a little more up front to maximize your campaigns so you can scale them in the future. This should be the end goal when you’re running paid traffic.

So when you do choose to test this, you’ll have the option to choose Standard vs. Extended. But what does that even mean? 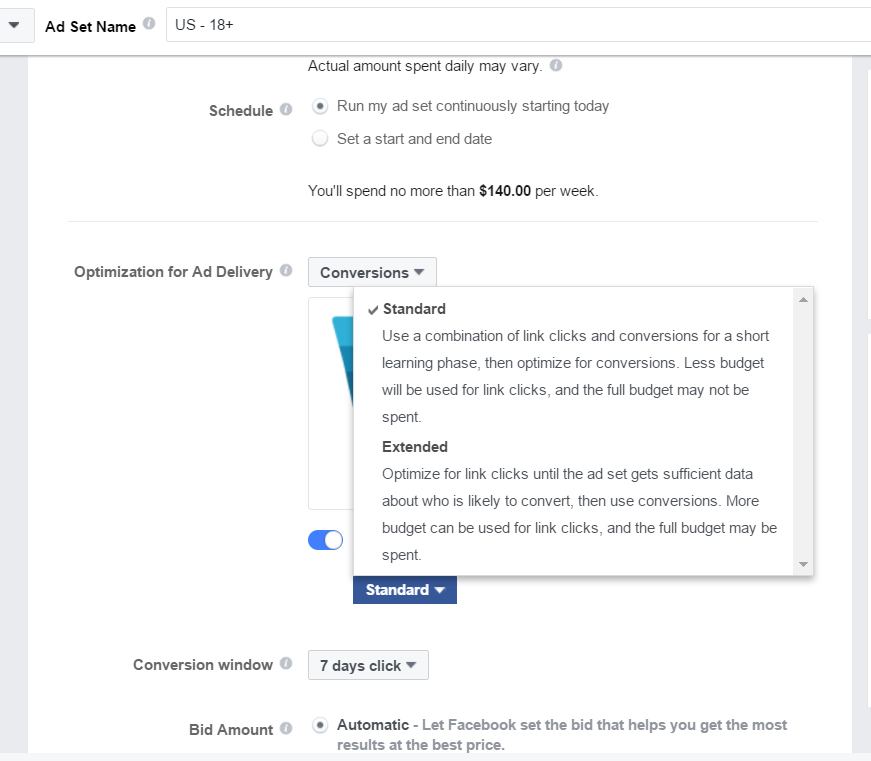 I am testing the Standard version on one of my client’s ads right now. She’s in the fitness industry and while we had fairly okay results, they weren’t fabulous. Using this and within 24 hours we’ve gotten her cost per lead from $4 per lead down to $2.04 which is excellent!

So if your ads aren’t performing where you want them, definitely test out this new feature.

PS – If you’re looking for help with your Facebook Ads, book a free consultation with me to see if we’re a good fit to work together. Book it HERE. 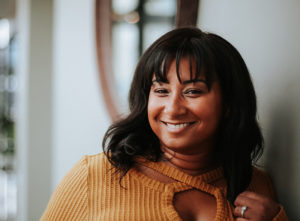 I’m here to help you create a successful business without sacrificing your life. To learn more about me, click here. 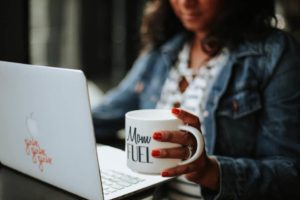 You can’t change what you don’t track… And your success starts with knowing where your time is going!